Join us this Friday – 9th March – from 6pm to 8pm, for this new exhibition by Huddersfield-based artist Mariel Borst Pauwels. Her paintings explore the fringes of modern life; fragments of CCTV footage or discarded photos re-interpreted, translated by the simple action of applying paint to a surface; the mundane and everyday placed on the transformative pedestal of Art (with a capital ‘A’). 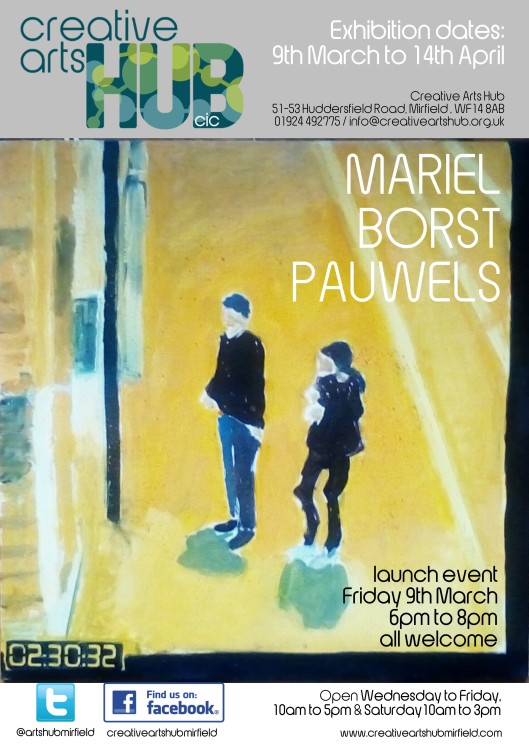 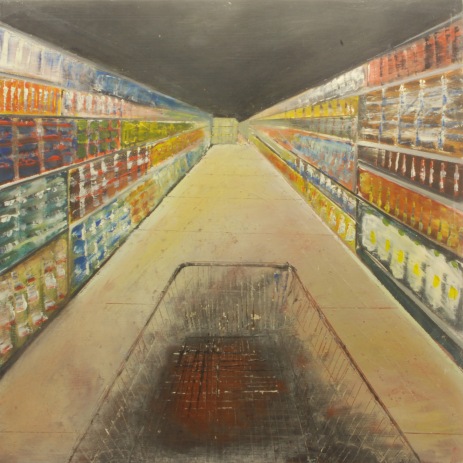 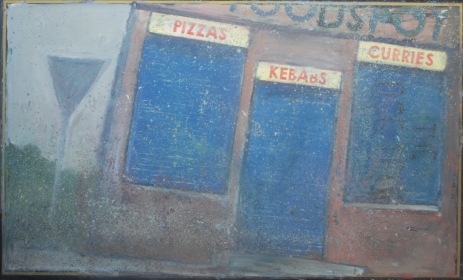 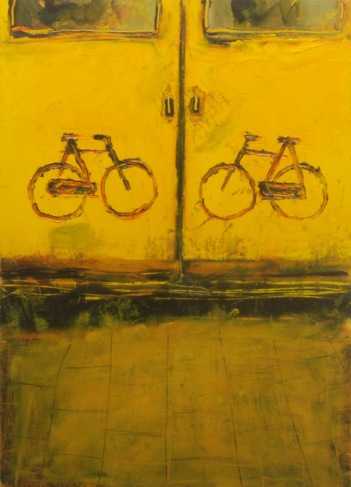 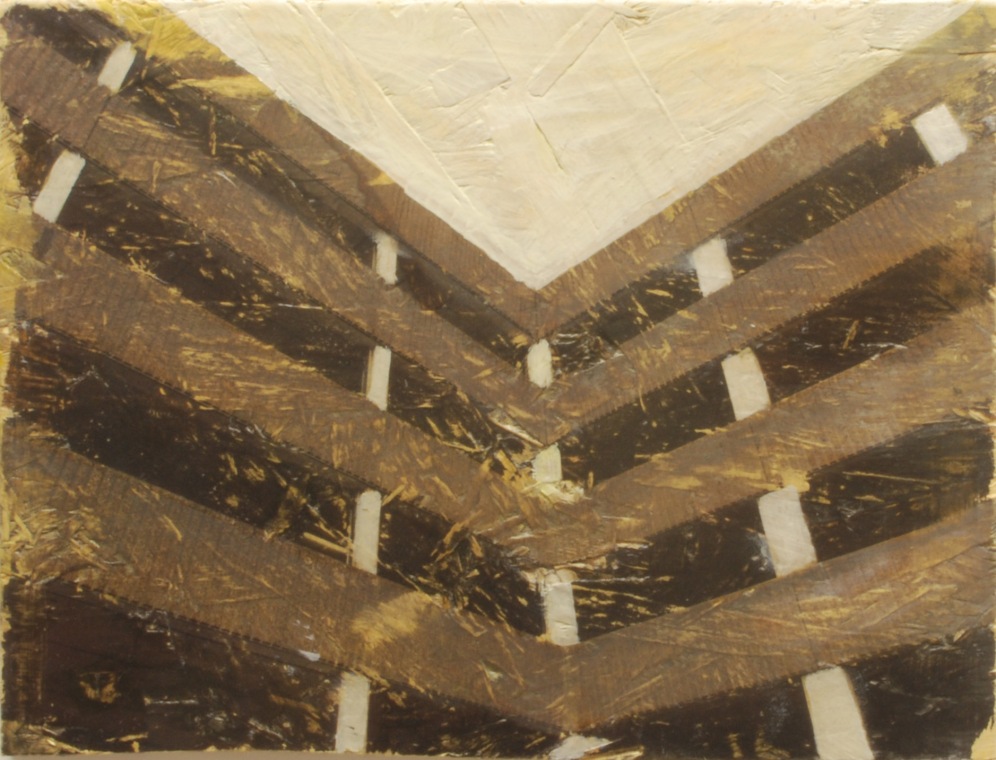 Mariel is a visual artist and painter with an interest in the economic, political and social aspects of everyday life. Originally from The Netherlands she has lived and worked in in the Holme Valley since 2000. She studied at Bradford College of Art and gained a BA in Fine Art in 2014 and an MA in Visual Arts in 2017.

Mariel often uses found materials such as scrap metal, wood and leftover household paints, as well as more traditional materials such as as oil and acrylic paint, transfers and collage. The main subject matter for her work is public spaces such as supermarkets, motorways, multi storey car parks and also spaces we access online. These anonymous places are known as ‘non-places’ (Augé, 1995) ; they have no anthropological history and ordinary human relationships don’t exist here. The feeling of alienation and noticing alienating aspects that these places provoke is what informs much of Mariel’s work. She uses her own and found photographs and lets the process of painting and the properties of the used materials lead the way. Digital photography means that there is now a wealth of (accidental) images accessible to anyone, such as CCTV images and images from Google Earth. They can be grainy, stripy and monochrome, with distortions such as bent lines. These distortions and a lack of detail and colour contribute to the ambiguity of the produced paintings. The scale and the material of the paintings will reframe the original images and change their context. For example CCTV footage was produced to inform, but the paintings will have lost that function. The paintings freeze small and seemingly insignificant fragments of everyday life. The mundane and overlooked have gained importance.

This site uses Akismet to reduce spam. Learn how your comment data is processed.